Assistant Professor in Functional genomics of adaptations in animals 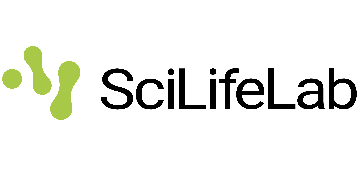 Apply on website (This will open in a new window from which you will be automatically redirected to an external site after 5 seconds)
You need to sign in or create an account to save a job.
Send job

Stockholm University is a leading European university and one of the world’s top 100 institutes for higher education and research. Stockholm University has more than 60,000 students and 5,000 staff. Sweden and Stockholm are consistently placed very high on global lists ranking quality of life, safety and social security.

The Science for Life Laboratory (SciLifeLab) is a national center for large-scale biosciences with a focus on health and environmental research and is a collaboration between Stockholm University, Karolinska Institutet, the Royal Institute of Technology, and Uppsala University. The position as assistant professor (tenure-track) in Functional genomics of adaptations in animals is within the SciLifeLab Fellows program, a career program aiming at strengthening Swedish research in Molecular Biosciences. SciLifeLab activities in Stockholm are located at a dedicated campus, Campus Solna, and the SciLifeLab fellow will be located at Campus Solna. The position comes with generous financial support for recruiting co-workers and for sustaining research activities during the six years as assistant professor.

The Department of Zoology consists of five divisions: Population Genetics, Ecology, Ethology, Functional Morphology, and Systematics and Evolution, thus covering research on animals from all angles. Research on the evolution of animal adaptations is a theme in common for all divisions, and the atmosphere is vibrant and highly cooperative. An assistant professor in Functional genomics of adaptations in animals would be highly complementary to existing research, with many opportunities for collaboration.

Subject description
The subject covers functional genomics research on the processes and mechanisms that generate and maintain adaptations and genetic diversity within and across vertebrate or invertebrate species.

Main responsibilities
Research and in addition some teaching and supervision.

Qualification requirements
In order to qualify for the position as assistant professor, the applicant must have completed a doctoral degree in Sweden or an equivalent degree from another country. In the first instance, an applicant should be considered who has received such a degree no more than five years before the deadline for applications. However, an applicant who has received such a degree earlier may be considered under special circumstances.

All teaching positions at Stockholm University require the ability to collaborate and the general ability and suitability to perform one’s duties.

SciLifeLab is a collaboration between four universities in Stockholm and Uppsala, Sweden: Karolinska Institutet, KTH Royal Institute of Technology, Stockholm University, and Uppsala University. SciLifeLab is a national centre for large-scale biosciences with focus on health and environmental research. The centre combines advanced technical know-how and state-of-the-art equipment with a broad knowledge in translational medicine and molecular bioscience.