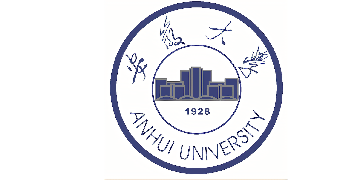 Apply now
You need to sign in or create an account to save a job.
Send job

I. Profile of the University

Anhui University is located in Hefei, the capital of Anhui Province, which is a famous historical and cultural city known as “the home of the Three Kingdoms, hometown of Bao Zheng, first capital of the Changjiang-Huaihe region, and communications hub between the State of Wu and the State of Chu”. It is a “Double First-class” university in the world and one of the first batch of universities included in the national “Project 211” construction. Jointly established by the People’s Government of Anhui Province, the Ministry of Education and the State Administration of Science, Technology and Industry for National Defence, Anhui University is a provincial key comprehensive university.

In 1928, Anhui University was founded in Anqing, the capital of Anhui Province at that time, pioneering modern higher education in Anhui and continuing the essence of the Confucian culture in the Changjiang-Huaihe region. After several changes of location, the University was moved to Hefei in 1956. It was renamed several times, until Mao Zedong inscribed the name “Anhui University” on September 16, 1958, which was designated as the university’s anniversary day. As an institution of higher learning with red revolutionary traditions, Anhui University has been operating for nearly 100 years. During this period, Anhui University has taken the responsibility of national rejuvenation, adhered to the schooling ideal of “focusing on cultural confidence as the primary driving force for Chinese nation’s great rejuvenation”, and obeyed the university motto spirit of “being extremely sincere and determined, learning widely, and practicing earnestly”. Having cultivated more than 320,000 excellent graduates for the Communist Party of China and the country, Anhui University has the largest number of graduates, the widest distribution and the greatest influence in Anhui Province, and is known as the “vanguard and leader” of provincial universities.

(Class I) Top talents: The treatment is to be negotiated.

(Class VII) Full-time post-doctors: Annual salary of over RMB 0.3 million, scientific research start-up allowance of RMB 30,000 to RMB 50,000, and cooperative mentor and research group provided depending on the circumstances without upper limit.

Condition construction fees: To be discussed in person, and fully guaranteed by the school, discipline, platform and research group;

Continuous competitive remuneration: After the first round of appointment of introduced talents, the talents can apply to be included in the “Excellent Talent Program” to continue to enjoy comparable remuneration treatment.

Enjoy 13 preferential services for holders of Jianghuai Talent Card: “Jianghuai Talent Card” will be processed for talents of the above three types of positions (without household registration in Hefei), so that holders of this card can enjoy 13 preferential services such as house purchase, green channel for medical treatment, and children’s schooling. Jobs will be offered to family members of talents of Class III positions and above.

The project aims to attract and encourage young overseas outstanding scholars (including non-Chinese foreign talents) who have achieved good results in natural science, engineering and technology and other fields to return to (come to) China and carry out innovative research in the direction of their own choices. In this way, the project will promote rapid growth of young scientific and technological talents, train a number of outstanding academic backbones who are expected to study the frontier of science and technology in the world and contribute to the construction of a powerful nation of science and technology.

① Abide by the laws and regulations of the People’s Republic of China, have good scientific ethics, and consciously practice the spirit of scientists in the new era.

③ Have a doctorate degree.

⑤ The applicant should have obtained an official teaching or scientific research position in an overseas institution of higher learning, scientific research institution, or R&D department of a company, with the work experience of more than 36 months in a row before April 2023. The requirement for the years of working can be appropriately relaxed for an applicant who has obtained a doctorate degree overseas and achieved particularly outstanding performance.

⑥ Have obtained scientific research, technological and other achievements recognized by peer experts, and show the development potential to become an academic leader or outstanding talent in the field.

III. Support from the University

① Project application: “One-to-one” mentor guidance will be offered, and the Science and Technology Office and the Human Resources Office will provide docking services in the whole process.

② Remuneration: The University will provide a salary of at least RMB 700,000 for the position, as well as other teaching and research incentives of the University.

④ Career development: Included into staffing of government affiliated institutions, and appointed as professors (or researchers) or doctoral mentors.

⑤ Scientific research funding: The University will support funding in the ratio of 1:1 based on RMB 1 million to RMB 3 million supported by the state. Large instruments and equipment, and equipment shared by platforms can be separately applied for from the University’s “Double First-class” funding in the principle of one discussion over one matter.

⑥ Office rooms: Adequate rooms for scientific research experiments and office will be provided as needed.

⑦ Team building: The University will assist in building a team to recruit domestic and overseas full-time staff to be included into staffing of government affiliated institutions, specially-appointed talents, post-doctors, and scientific research assistants.

⑧ Other support: The University will arrange jobs for spouses of the talents, assist in arranging schooling for children of the talents and handle other matters as needed.

Note: For those who enter the evaluation stage but are not selected, the University will recommend the applicants various talent programs (plans) of Anhui Province in the principle for one discussion for one applicant. The University will support the development of these applicants based on the treatment for introduced talents.

Fields marked with an asterisk (*) are required

Send job
Apply now
You need to sign in or create an account to save a job.