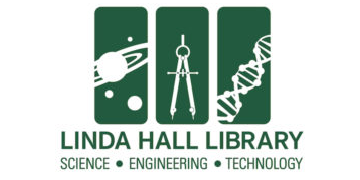 Search for the President of the Linda Hall Library

The Linda Hall Library seeks a dynamic, collaborative, strategic, and accomplished leader to serve as its President at an important juncture in the library’s history. Reporting to the Board of Directors, the President will provide strategic oversight of collections, programming, and outreach at one of the world’s leading independent science research libraries. The President will be an integral part of the library “Where Science Lives.”

Recognized as one of the world’s foremost research libraries devoted to science, engineering and technology, the Linda Hall Library was established 80 years ago through a bequest from the estates of Herbert and Linda Hall for “the use of the people of Kansas City and the public generally.” Through careful stewardship, valuable acquisitions and meticulous collection management, the Halls' bequest now supports a thriving institution containing more than one million volumes published in 82 languages and dating back to 1472, devoted to a wide range of scientific subjects.

Over the years, the Library’s collection and its reputation among scholars and researchers have greatly surpassed its local recognition. The Library is generally not well-known in Kansas City and is sometimes referred to as a “hidden jewel.” In the last few years, Library Trustees and staff have made greater community connections a priority. They have now chosen to intensify and enhance their efforts to increase Linda Hall’s impact in the community and beyond Kansas City. In doing so, they recognize that increased impact requires innovation and new ideas. The next President will need to embrace this transformation and provide a pathway for the Library to build on its historic strengths while advancing its contemporary relevance as it engages and informs an expanded public.

The successful candidate will need to be a strategic intellectual who is a skillful communicator and relationship builder as well as a successful fundraiser and institutional manager. They should have a great understanding for cultural and educational institutions and for the quality and importance of the Linda Hall’s collections; these will be the basis for the development of new programming and collaborative initiatives designed to broaden the Library’s impact and engage new and old audiences alike. The successful candidate should shepherd the Library toward becoming a more welcoming and useful space for Kansas City and an engaging intellectual center for the broader public.

The Linda Hall Library is an Equal Opportunity Employer and does not discriminate on the basis of race, religion, color, sex, gender identity, sexual orientation, age, non-disqualifying physical or mental disability, national origin, veteran status or any other basis covered by appropriate law. All employment is decided on the basis of qualifications, merit, and business need.