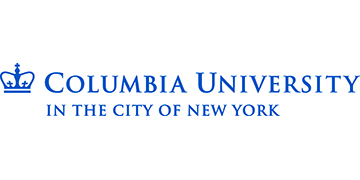 The Louisa Gross Horwitz Prize was established under the will of the late S. Gross Horwitz through a bequest to Columbia University and is named to honor the donor’s mother. Louisa Gross Horwitz was the daughter of Dr. Samuel David Gross (1805–1889), a prominent surgeon of Philadelphia and author of the outstanding Systems of Surgery who served as president of the American Medical Association.

Each year since its inception in 1967, the Louisa Gross Horwitz Prize has been awarded by Columbia University for outstanding basic research in the fields of biology or biochemistry. The purpose of this award is to honor a scientific investigator or group of investigators whose contributions to knowledge in either of these fields are deemed worthy of special recognition.

QUALIFICATIONS FOR THE AWARD

The purpose of this prize is to reward scientists that have made recently transformative discoveries not yet recognized by high-visibility international awards. The Prize Committee recognizes no geographical limitations. The prize may be awarded to an individual or a group. When the prize is awarded to a group, the honorarium will be divided among the recipients, but each member will receive a citation.

All materials must be written in the English language and submitted electronically at: http://www.cumc.columbia.edu/research/horwitz-prize

1. A summary of the research on which this nomination is based (no more than 500 words).

2. A summary of the significance of this research in the fields of biology or biochemistry (no more than 500 words).

3. A brief biographical sketch of the nominee, including positions held and awards received by the nominee.

4. A copy of the nominee’s curriculum vitae.

5. A key publication list of up to ten of the nominee’s most significant publications relating to the research noted under item 1